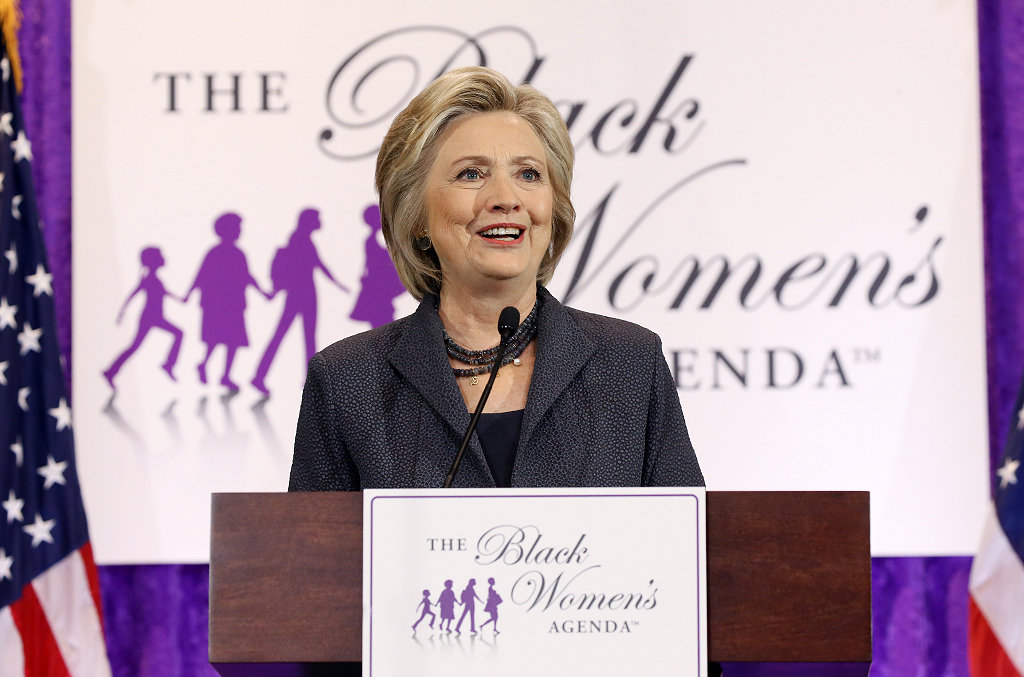 “Being a Black woman is not a spectator sport,” BWA President Gwainevere Catchings Hess told the gathering. “When it comes to securing and advancing our interests, we must raise awareness, promote achievement and take positive action to ensure that our voices are heard.”

During its annual luncheon, BWA honored the impact four women have made on the American landscape.

Chirlane McCray, First Lady of New York City and Chair of the Mayor’s Fund to Advance New York City, received BWA’s Health Award. Ms. McCray is the driving force behind ThriveNYC, the City’s $850- million action plan to change the way New Yorkers think about mental health and make it easier for people to get help.

The Honorable Joyce Hannah Beatty, Member, The United States House of Representatives – Third District of Ohio, was presented with organization’s President’s Award. As a member of the House Committee on Financial Services, Beatty introduced the Housing Financial Literacy Act of 2015 which was designed to enhance the financial knowledge of first-time home buyers. She also championed the Jumpstart Housing Opportunities Utilizing Small Enterprises (HOUSE) Act of 2016, which would reauthorize the State Small Business Credit Initiative for eight years.

Michelle M. Ebanks, President, Essence Communications, Inc., received BWA’s Education Award. Forty-eight years ago, Essence Communications launched Essence magazine, a publication that became a cultural institution in the African-American community. Since Ebanks took the helm, Essence has expanded its reach and offerings via digital, television and live event social media platforms. Ebanks has also spearheaded a number of Essence partnerships and new business initiatives, including the international expansion of the Essence Festival to Durban, South Africa, and the debut of “Essence Live,” a weekly video series.

Gloria Gary Walker, a senior at the University of Maryland – Baltimore County majoring in political science, was introduced as the organization’s Bright Futures awardee. Walker is a former president of the teen group of Jack & Jill of America’s Washington, DC chapter and the current president of Alpha Kappa Alpha Sorority’s Lambda Phi Chapter. Following graduation, she hopes to pursue a law degree and a career in corporate law.

The Symposium also marked the 2016 launch of “Four For 4™,” BWA’s get out the vote initiative. Luncheon attendees signed pledge cards promising to educate voters and to see that at least four people, including themselves, go to the polls on November 7th. In 2012, for the first time in census history, America’s African-American population voted at higher rates than Whites.1 During the 2014 midterm elections, however, the number of African-American voters decreased, and overall voter turnout was the lowest in 70 years.2

Earlier that day, BWA hosted two workshops that were designed to inform and inspire participants, young and old. Judy A. Smith, a noted Washington attorney and the inspiration for the hit television show “Scandal,” moderated “Because We Care™,” a panel discussion focused on navigating the financial and legal implications of family caregiving. Panelists Carla Harris, Vice Chairman, Global Wealth Management, Morgan Stanley, and District of Columbia Court of Appeals Judge Anna Blackburne-Rigsby also led participants in drafting “Love Letters” – messages that help individuals start the conversation about health care and end-of-life preferences with their loved ones.

Girls enrolled in the Howard University Middle School of Mathematics & Science and Girls, Inc. of Washington, DC spent the morning exploring climate change through the lens of weather. Miri Marshall, a meteorologist for Baltimore’s WBAL-TVl1, guided the students through an interactive day of forecasting the weather. In addition, representatives from the U.S. Department of Energy explained the principles of weatherization, shared conservation tips, and helped the girls construct and insulate a home using recyclable materials.

“One of the things I love about The Black Women’s Agenda is that it is an organization of leaders who are doers,” Congresswoman Beatty said, in accepting her award. “These women have a plan, and when you leave the Symposium, you are inspired, energized and confident that you can help make a difference.”